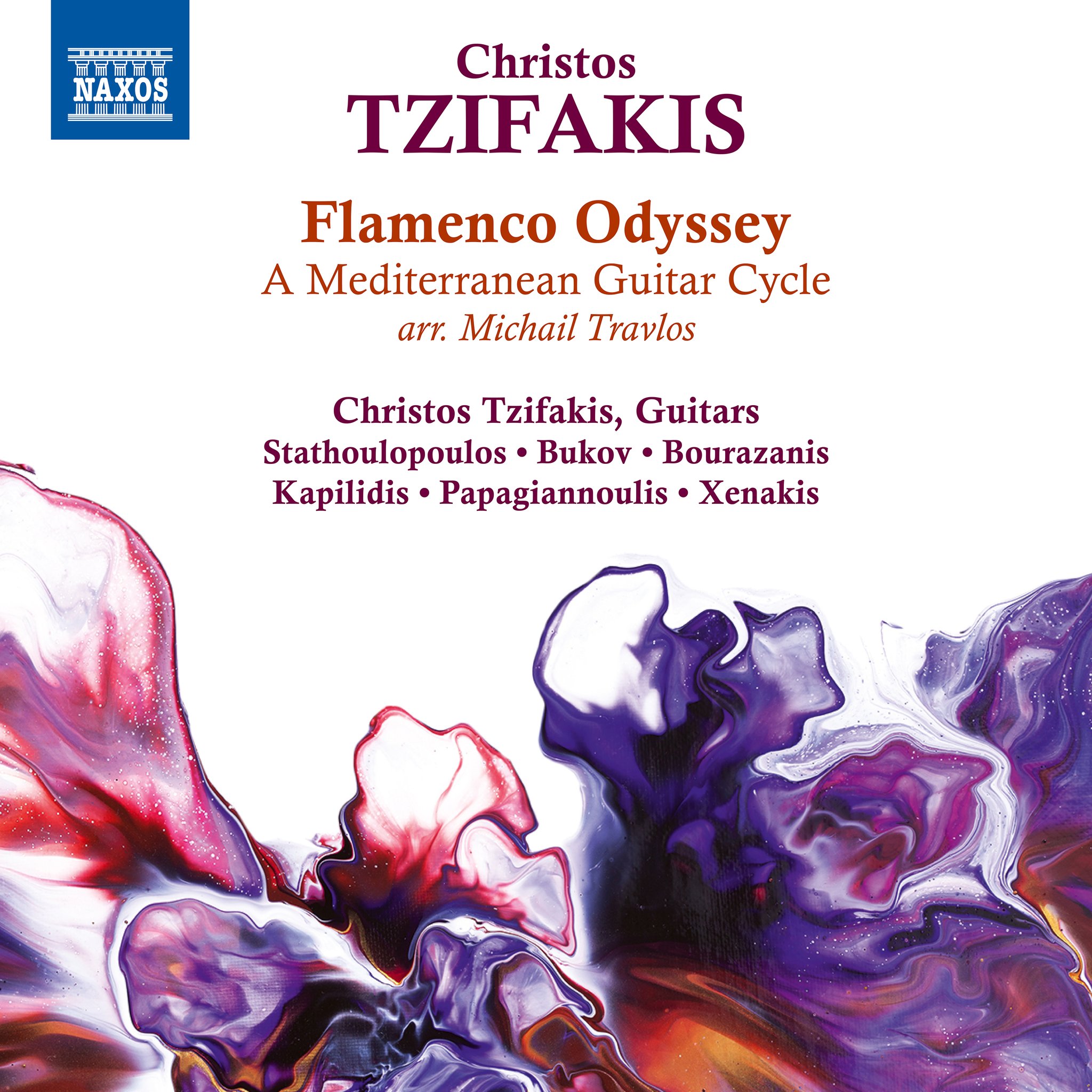 Odyssey is a voyage. Odysseus is me, Odysseus is you, and Odysseus is every single person who chooses to go through adventures in order to reach the harbor of self-realization.

This record is my own odyssey. I walk past the different forms of flamenco, experiencing them from the point of view of a traveler who carries within him the flavors and timbres of both Eastern and Western cultures. The tracks in this record are moments from this walk.

Flamenco dancers and contemporary choreographers have created dances for most of the tracks. Over the course of time, since the conception of the original idea, several elements have been changed and readapted after being tested through interaction with audiences during concerts, eventually resulting in the forms in which they were finally recorded. During this adventure I always had in mind the poem Ithaca by Greek poet Constantine P. Cavafy (1863–1933):

The moment you set sail for Ithaca,
wish for your journey to be a long one,
full of adventure and awareness.

Arriving there is your final aim.
However, you should not hurry your journey,
you’d better let it last for years and years
so that you’re quite old when you set foot on the island,
wealthy due to all those things you gained on the way
without expecting riches to be offered by Ithaca.
Ithaca has offered you a wondrous journey.
It was because of her you set out on your wandering
and there is nothing more for her to offer.
If she appears to be poor and humble
it’s not because Ithaca has deceived you.
With all that wisdom and experience you have gained
you will have probably realized by now
the actual meaning of ‘Ithaca’.

This track is composed in the form of an Ouverture. In fact, it is a fantaisie of two Spanish dances: the fandango and the bulería. The 3/4 rhythmic pattern of the fandango creates a sense of circular movement, reminding listeners of the sea waves, and becomes more intense and adventurous in the bulería of the second part where the tempo doubles. It’s the beginning of the voyage …

This track for solo guitar is dedicated to the artist El Greco, who, like Odysseus himself, set out in the 16th century from his homeland of Crete and eventually reached Spain, where he created his masterpieces. The composition follows in his footsteps: it starts with improvisations on ancient Cretan songs (‘rizitika’ in Greek, where ‘riza’ means ‘root’) and culminates in Spanish dance.

Telemachus is Odysseus’s son. At the beginning of the Odyssey, he appears to be a passive young man not taken seriously by anyone. There comes a moment, though, when he is awakened and makes up his mind to take matters in hand. This tango is composed after his awakening …

Plegaria means ‘prayer’ in Spanish. The uneasy introduction of this track reflects a restless spirit that is eventually soothed and reaches pure articulation.

Ancient Greeks associated Bacchus with the emergence of drama and ritual. Bacchus rises from the shadows of the underworld and chaos bringing with him unutterable secrets …

This track attempts to create an image of him dancing a soleá, which is one of the archetypal dances of flamenco.

This escobilla follows the Soleá that comes before. It is actually the part of the flamenco dance when dancers move faster, showing off their skill.

Nostalgia is the bittersweet sentiment of yearning for a return. Here it takes the form of an instrumental ballad.

The melody of this song was composed during the bombarding of Baghdad. For some human beings that were the starting point of an anguished odyssey with the sole aim of surviving. The track is dedicated to all these anonymous individuals.

The festive nature and form of this track is a combination of blues/rock influences and the rhythm of tango.

The story behind Flamenco Odyssey

The majority of the work (all the orchestral pieces) was presented in public for the first time in 2011 at the Megaron Athens Concert Hall under the title Flamenco Alchemy, performed by a chamber orchestra under conductor Nikos Chaliassas. Famous flamenco dancer and choreographer Joaquín Grilo, a dancer with the Paco de Lucía Sextet and voted best flamenco dancer by the public at the 2006 Premio del Público del X Festival de Jerez, developed the dance for the work.

We worked together both in Greece and Spain. I explained the forms of the compositions, and the ideas behind them, and Grilo asked me to adapt some things to the needs of the show. For example my music is purely orchestral, but there were parts where the participation of flamenco singers was essential. He also needed space within the music to perform. This allowed the singers and the dancer the opportunity to bring a raw flamenco character to the show, but without losing the unity of the compositions.

The premiere was a success. In 2013, Oscar de los Reyes, a flamenco dancer from Seville, and Greek dancer Eleni Giannopoulou created new choreography to accompany the music, and I worked with them in a similar way.

I had the idea of recording the music, as whenever it was performed I always received a very warm response from the public. But due to the financial crisis in Greece, it was impossible for me to finance recording with an orchestra, and anyway orchestral recordings were not being made during that time.

So, I decided to record step by step. I recomposed the music in a purely instrumental form, so that it formed a complete work without the live performance element, and recorded the instruments one by one. It was a long process. The editing and the mixing alone (due to the difficult conditions) took almost two years to complete (from 2020 to 2021), as I was always revising the composition in the studio.

When I first came in contact with Naxos, where I initially received encouraging comments from Norbert Kraft, I decided to rename the work from Flamenco Alchemy to Flamenco Odyssey, because, as can be seen, developing this work was an adventurous odyssey for me. Besides, the music kept changing (on stage, with the dancers, in the studio …) until it came to be in its final and complete form.